The cheeky little fella sneaks out unsuspected on a family walk to the park.
Tweet

Has our elf gone home to Santa?

This morning we couldn’t find Elfin. I felt guilty – I’d lost patience with him several times and had made no efforts to conceal my annoyment when he repeatedly made a mess. Had he gone back to Santa feeling home sick and unloved?

Would he add my name to Santa’s “naughty” list? Would there be no gifts for me this Christmas?

I tried to forget the incident and took the children to the park. When we arrived we realised that our Christmas Elf was still in good spirits and hadn’t gone home to Santa. He’d hitched a ride to the park in my son’s coat hood and was smiling in there snug and warm.

Elfin had never visited a playground and became very excited. He tried the climbing frame, swings, slide and seemed to have a lot of fun. When it was time to head home, we thought we’d lost him again but found him exhausted, sat on a park bench.

I hope he sleeps well tonight! 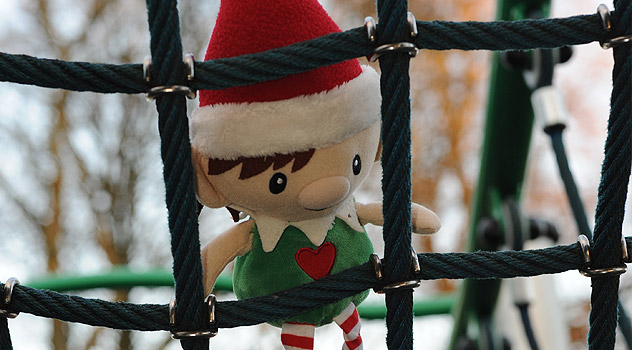 Elfin enjoying the climbing frame on his first ever playground outing. 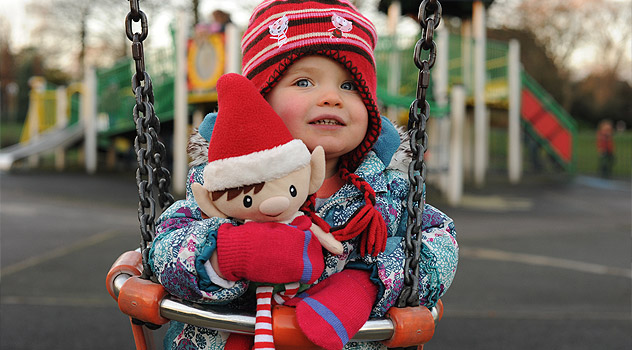 Our Christmas Elf having fun on the swings 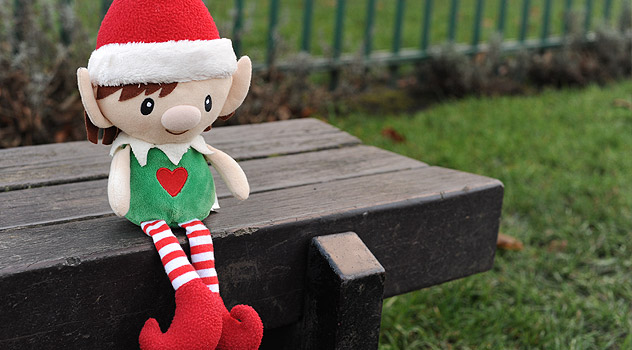 Exhausted after too much play 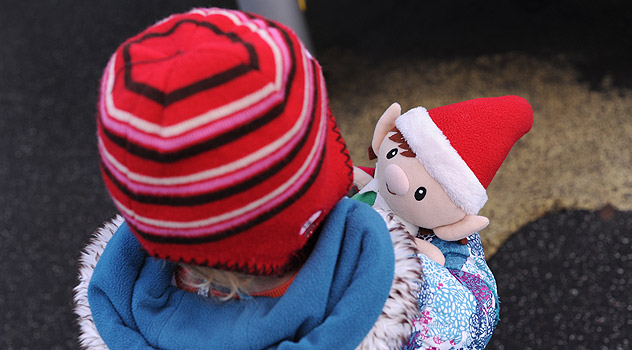 Elfin has to be carried home exhausted after too much play