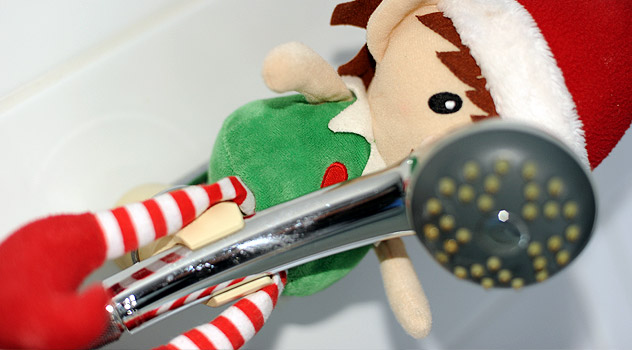 Christmas Elf fooling around in shower

While some elves spend the night quietly sitting on a shelf, Elfin’s restless and we rarely find him twice in the same place. He was unusually quiet after his trip to the park but a few mince pies later, he was bursting with energy again.

This morning my daughter stomped up and down the stairs, excited. After a blissful minute of silence, she shrieked : “MY ELF IS HIGH UP IN THE SHOWER!”. He was indeed perched on the shower head. 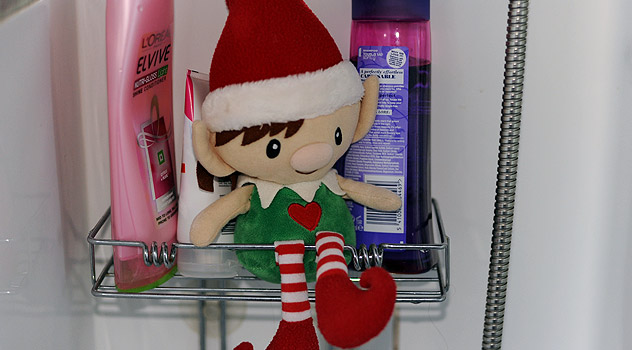 We find Elfin our Christmas Elf in the shower again

When we returned home in the afternoon he was… back in the shower!? Has Elfin run short of ideas for tricks and mischief?

My daughter  pointed at Elfin and said “My dolly needs a shower”. She gave me a reproachful look and waited with her arms crossed. I inspected our elf closely. The adventures of the past few days had taken their toll and Elfin needed a good wash. The North Pole magic that keeps all living creatures clean doesn’t work here and our little elf was grubby. He hadn’t run out of ideas for trouble – he just wanted to get cleaned up.

We filled the sink with warm water, rubbed him up with a little shampoo and rinsed him. A gentle squeeze later, he was smiling again and drying on the radiator. Good as new! 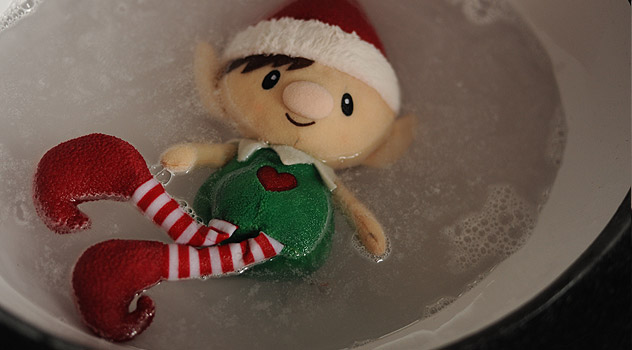 A delighted Elfin floating about in the bath 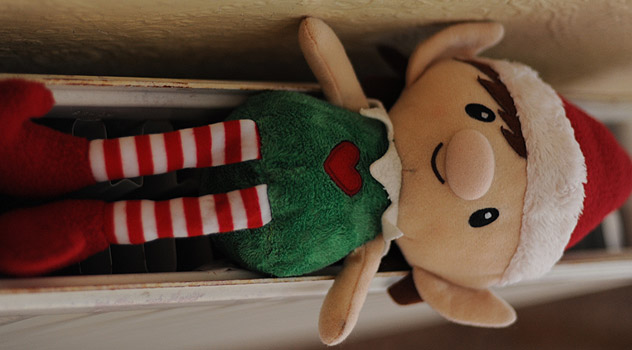 “Chilling” on the radiator after his bath.